Histological features that are used to establish diagnosis of precancerous lesions are cellular differentiation and maturation, organization, polarity, nuclear abnormalities and mitotic activity.7,8,26
In normal epithelium, squamous cells are arranged in well defined layers of basal, parabasal, intermediate \ and superficial cells with increasing cytoplasm and a more organised arrangement towards the surface as cells mature. These features are disturbed in CIN and cells lack differentiation with retention of features of parabasal cells, lack organization and polarity as cells in upper layers do not remain parallel to the surface, rather arrange vertically or haphazardly.
The proportion of epithelium showing disturbance of maturation and differentiation reflects the severity of abnormality.
Nuclear abnormalities are characterized by increased nuclear cytoplasmic ratio, hyperchromasia, irregularity in size and shape (pleomorphism and anisonucleosis), coarse chromatin clumping and multinucleation. Severity of these changes will determine the grade of the lesion (Figs. 9.1 and 9.2).
Generally there is a good correlation between the proportion of epithelium showing disturbance of maturation and degree of nuclear abnormality. However, when there is lack of correlation, degree of nuclear abnormality is more reliable for grading.
Abnormality in mitotic activity is assessed by the number, location and type of mitotic figures.Normally mitotic figures are infrequent and are seen only in parabasal layer. In precancerous lesions, the number of mitotic figures increases and these may be found higher up in the epithelium. Mitotic activity is an expression of immaturity of the cells. HPV’ infection increases the number of mitotic figures and may result in attributing an erroneously high grade to the lesion. In CIN, mitotic figures may have abnormal configuration and are important criteria in grading of the lesion. The most common aberration is the three group metaphase (triaster). Mitotic figures with more than two spindles (quadraster or multipolar mitotic figures) and/ring mitotic figures are also frequently seen.
Keratinization can sometimes be seen on the surface of CIN generally of higher grade (Fig. 9.3).

Abnormal cellular changes are mild and are confined to the lowest one third of the epitheliurn.Y? There is usually good maturation of upper layers. Nuclear abnormalities are mild and are confined to the deeper layers of epithelium. However, some abnormalities persist at the surface also; otherwise cytological recognition of low grade lesions will not be possible. Mitotic figures are increased in number, confined to deeper layers and abnormal configurations are not present. HPV cytopathic effects characterized by perinuclear cytoplasmic vacuolation, nuclear hyperchromasia and wrinkling, binucleate cells, increased number of mitotic figures may be present in the upper layers of epithelium (Fig. 9.4).
Involvement of upper layers by HPV changes should not lead to diagnosis of higher grade of lesion.

Maturation and stratification may be present in the upper .1-2 layers of the epithelium or may be completely lacking. Nuclear abnormalities are more marked and extend to the upper layers even up to surface. Marked anisonucleosis and bizarre nuclear forms may be seen. Mitotic figures are markedly increased in number and abnormal forms are frequent. It is to be borne in mind that all epithelia will not show the changes to the same degree. While some epithelia may show marked nuclear pleomorphism and hyperchromasia but low mitotic activity, other cases may show numerous mitotic figures with abnormal forms but little nuclear abnormality (Fig. 9.5). Sometimes intermediate grades of lesions or lesions with mixed picture may be difficult to classify (Fig. 9.6).

Preneoplastic lesions develop in the transformation zone, the field of columnar epithelium that undergoes squamous metaplasia. It follows the contours of original columnar epithelium and affects the surface of ectocervix and cervical canal as well as glands/crypts (Fig. 9.7). Very rarely it may involve original squamous epithelium.
Generally higher grade of CIN is seen in proximal location in cervical canal and lower grade caudally towards vagina thereby indicating the importance of endocervical brush or curettage for detection of higher and more severe lesions. As is obvious, cytology of surface lesion or lower end of cervical canal by Ayre’s spatula may miss the CIN lesion or may reveal low grade of lesion only.
Crypt involvement is quite high and was reported in 88.6% of cone biopsies examined for CIN in a study.” Few crypts or only a part of crypt may be involved and uninvolved crypts can be recognized lying alongside (Figs. 9.8 and 9.9). Maximum depth up to 5.2 mm is involved which is the depth \JP to which normal crypts are present. Area and depth of crypt involvement increases with severity of CIN.I
Crypt involvement can sometimes be confused with early invasive carcinoma (Fig. 9.7). Recognition of basement membrane around the cross-section of crypts, circumferential fibrous thickening of stroma surrounding crypts, absence of loose stroma or lymphocytic reaction in the stroma and presence of uninvolved crypts nearby help in differential diagnosis.

It is possible to objectively classify CIN by nuclear DNA ploidy patterns using static or flow cytometry.Condylomas and majority of CIN I have predominantly diploid and occasionally polyploid pattern. 10,24
Aneuploid pattern is seen in one third of CIN I, more than three fourth cases of CIN Il and almost all cases of CIN Ill.
Diploid and polyploid lesions are more likely to regress or persist in contrast to aneuploid lesions which have more propensity for progression.Morphologically abnormal mitotic figures form useful marker of aneuploidy.P Diploid or polyploid lesions are likely to retain polarity; nuclei are relatively uniform and lack abnormal mitotic activity. CIN,with aneuploid DNA in general reveal high cellularity,cellular disorganization, nuclear pleomorphism and high mitotic activity including abnormal forms (Fig. 9.10). 85% of CINs with aneuploid DNA pattern contain abnormal mitotic figures, while less than 20% of CIN with diploid DNA have abnormal mitoses. Aneuploidy increases with severity of the lesion.24.54
Abnormal mitotic figures are also linked to high risk HPV 16 in 80% of cases.25,54 Kadish et al. (1992) demonstrated that abnormal mitotic figures in 12.5% of CINs were related to HPV type 6/11, 78.3% to type 16, 20% to type 18, 21.4% to type 31 and 100% to type 33.37 Lesions associated with high risk HPV types are likely to progress while lesions with type 6/11 regress or persist.s”
Thus from viewpoint of clinical outcome, study of DNA ploidy and HPV typing is important in CIN lesions from the point of management since histology alone cannot always predict biologic behavior of the lesion and the type of associated HPV. 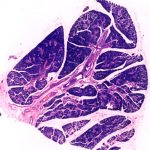 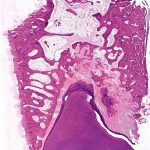 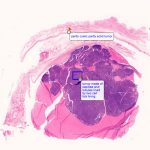 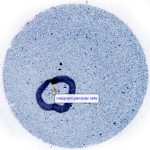 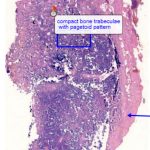 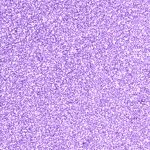 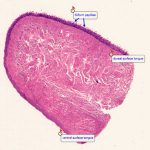 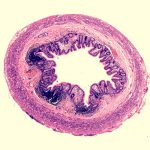 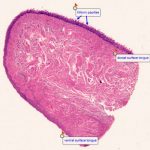 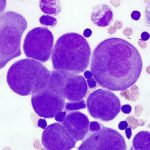 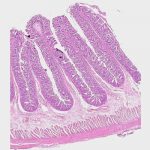 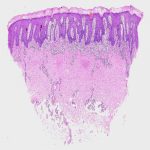